Homegrown automaker Mahindra and Mahindra are gearing up to launch a premium SUV here by the end of this year. Codenamed the Y400, it will be based on the SsangYong Rexton G4, sold in various markets abroad. This premium SUV is rumoured to be named the XUV700, and was being spied testing on many occasions before.

It is no different this time as well, as the car was snapped at the Mumbai-Pune expressway. The XUV700 did not have any camouflage and this gave us a hint of its design. We can see Mahindra’s signature tooth grille, redesigned LED DRL’s and a rugged exterior design.

It will also get a reworked suspension compared to the SsangYong, which will better suit Indian conditions. Mahindra will heavily localise the XUV700 in order to keep costs in check. CKD kits for the vehicle will be supplied from SsangYong’s factory located in South Korea.

Features include an 8-inch touchscreen infotainment system with GPS, Apple CarPlay and Android Auto, dual-zone climate control, ventilated seats and an electric sunroof. Safety is also given importance, with the car having as many as 9 airbags, ABS with EBD, hill lane assist, traction control and an electric parking brake. There has been no word regarding the engine options to be offered on the XUV700.

We can expect the XUV700 to be priced aggressively in order to give it an edge over its established rivals. These include the Toyota Fortuner, Ford Endeavour, Honda CR-V and the Skoda Kodiaq. The XUV700 will no doubt be Mahindra’s flagship model in its line-up and we expect the vehicle to perform well in its segment. 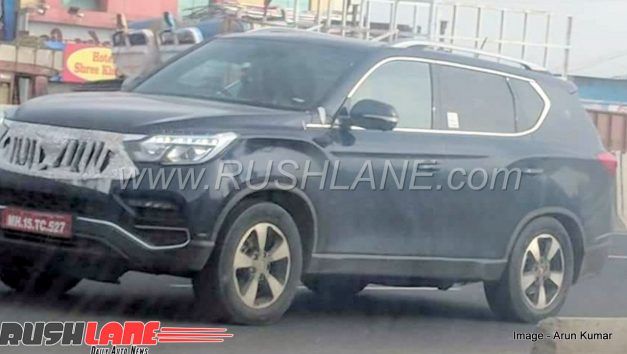