Home Honda Cars Honda Jazz to get a facelift soon 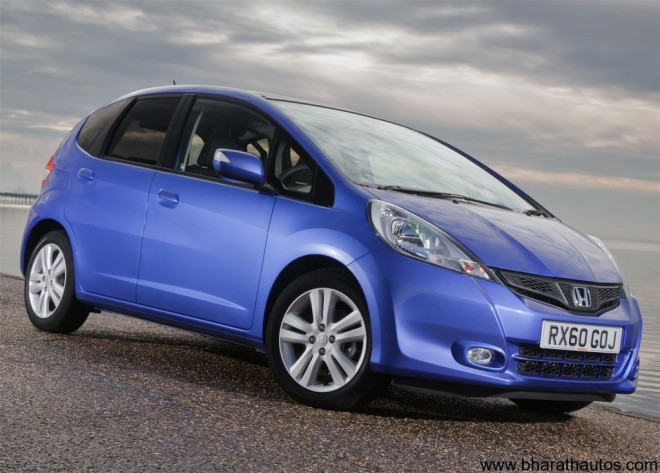 Honda India is known for offering the most stylish cars bestowed with the best technology. But their pricing strategy is the only factor that stopped customers from buying it and once the price fell, cars began vanishing from every Honda showroom in the country.

The refreshed version Honda Jazz is expected to bow in next month. Honda India had revealed the improvised and enhanced version of Honda Jazz at the Geneva Auto Show in the starting months of 2011. People who’ve recently bought the Jazz have nothing to worry about as this is a cosmetically updated product.

The new Honda Jazz facelift is speculated to include in new taillight with modified lenses and headlights along with brand new front bumpers and black front grille. Besides this a choice of 2 new exterior colors – Deep Sapphire Blue and Ionized Bronze.

On the interiors too, the new Jazz sports a darker color scheme, new seat fabrics (leather upholstery is optional), chromed trim pieces and orange dash lighting. The instrument console’s backlight will now feature an amber hue to make for a fresher looking layout. Suspension was also worked on by engineers. While a lot of people are hoping for a 1.5 Liter i-Vtec engine, it is highly unlikely to be offered on the Jazz as a larger capacity engine would mean a higher duty structure. 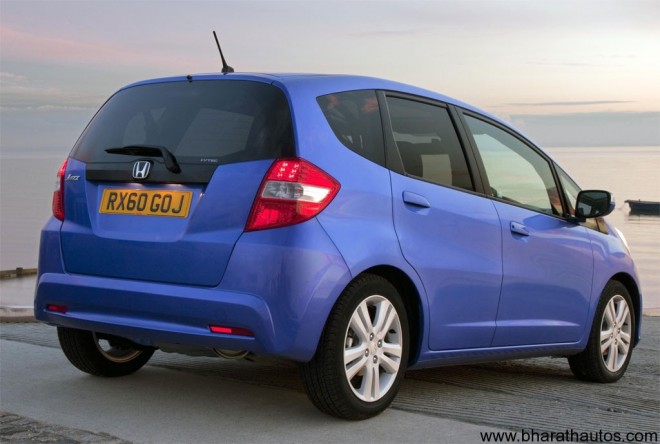 Now the current Honda Jazz price is around Rs. 5 to 6 Lakh only. On the other hand, the Honda City Sedan’s current price is around Rs. 7.49 Lakh only. And because of such a reduction in price of Honda City sedan, Honda India managed to amplify its sales figures to about 53%, which is totally impressive. It sold 2802 cars in the month of June 2011.