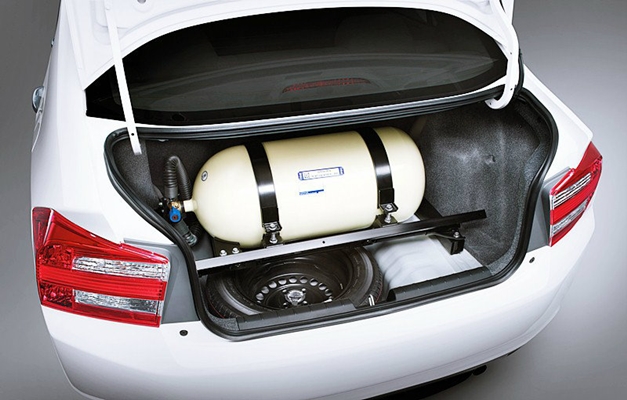 Last-month we already reported that Honda cars India might soon launch the CNG version of Honda City in India, and now they have launched the same in the Thailand markets, which has made us believe more on our claim that India too will have Honda City in CNG avatar soon. However, the Honda City CNG will use the same i-VTEC 1.5-litre mill but we doubt that CNG conversion will result in some reduction in power.

Not to worry, as Honda City petrol already comes with 118 bhp of power that is much more than most of the similar sedans in the segment except Hyundai Verna so even after the conversion into the CNG the car will be fun to drive. The company claims that the Honda City CNG is a part of Honda’s global efforts to reduce carbon dioxide emissions by 30% from 2000 year levels across all product lines by 2020.

As we reported earlier, the car will get few changes against a conventional petrol-only variant like an electronic fuel injection and a unique suspension design to counter the weight of the CNG tank. Safety features include an electronic safety control box and solid cross bar with enhanced stability. Honda is also offering 3-years or 100,000 kilometres (whichever comes first) with the City CNG. 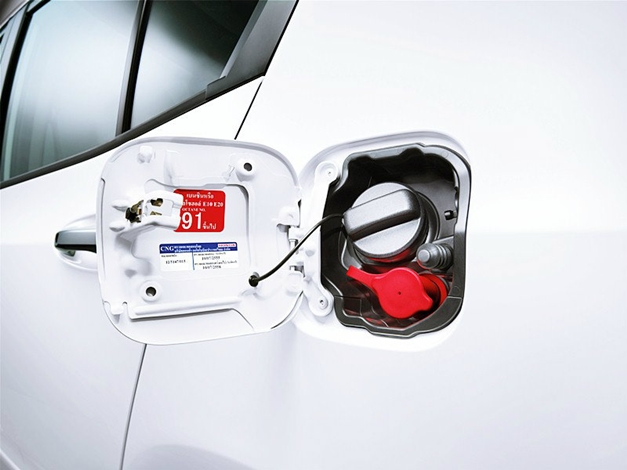 The CNG variant of Honda City will be launched in India in this festive season, according to some trusted sources. And it is expected to cost Rs. 50,000 – 60,000 more than the regular petrol variant. You can also expect the Jazz and Brio to be available with the CNG Kit in near future.

Honda Thailand’s website reveal that, the car has a 65 litre round tank so as not eat up into boot space. Honda has also ensured that the inlet for CNG and petrol are in the same place so as to make fueling up an easier process (as seen in the above picture). The car is produced in accordance with Euro 4 emission standards at Honda’s Ayutthaya factory.