Just yesterday, we reported that new Chevrolet Cruze is scheduled to launch on June, 29. But the GM India is launching the upgraded version of Chevrolet Cruze Sedan in two phases. In the first phase, it has been launched in Delhi today (June 27th) and then in the second phase, would cover the launch in Mumbai on June 29th. The upgraded version of the Cruze is expected to hit the showrooms later this month.

As we said, the updated Chevrolet Cruze features minor change on the exterior.  However, the major change is the performance change with a much improved engine. The whole tweaking of the engine has been re-tuned in order to make the car capable of delivering better fuel efficiency, drivability and refinement, well the current Cruze is also a very powerful sedan.

Under the hood, the old Chevrolet Cruze had the 1991cc engine with a five-speed automatic tranmission, the new version has 2.0-litre Z series engine mated to a six-speed automatic ‘box, which is now capable of churning out 163bhp and 360Nm of torque. Speed figures of new Chevrolet Cruze are 0-100 kmph (0-62 mph) in just 9.5 seconds with a topspeed of 220 kmph (138 mph). There is a marked improvement in the acceleration and stability of the car.

Earlier as per the expectations of buyers, media and dealers, the 2013 Chevrolet Cruze unveiled in Korea was expected to make into India. But against the expectations, General Motors India has decided otherwise. They have take a middle way by bringing performance upgrades with a new improved engine and minor feature changes in the updated version. Interestingly, the company is planning to bring in the complete makeover by early 2013.

What we say? The updated Chevrolet Cruze still has a strong case in its favour as it is still one of the most value-for-money (VFM) offering in the segment considering the features, power, performance and space. 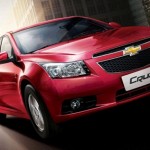 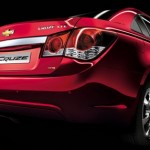 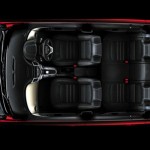 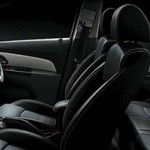