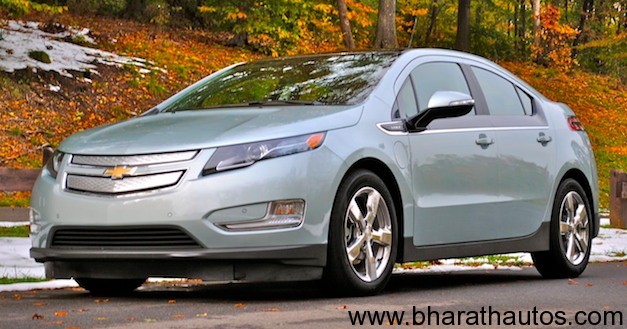 In US the 2012 elections coming up, the Chevrolet Volt has become a target of criticism for Republicans – but recently, it seems like that conservatives are finally rethinking their opinion on the car.

The Chevrolet Volt recently received some favorable coverage from Fox News and now former president George H.W. Bush has purchased one as well. According to a Chevrolet manager, the former pres picked up the new Volt for his son Neil Bush’s birthday gift.

Former car czar Steve Rattner also recently bought a silver Volt and tweeted that he loves it ‘even though it’s not financially savvy.’

President Barack Obama has already pledged to purchase one once he leaves office.

Refresher – The 2012 Chevrolet Volt is powered by 16-kWh, ‘T’-shaped lithium-ion battery that powers the electric drive unit, which allows it to drive 64 kilometres on battery power alone. The system puts out 149 Bhp and a maximum torque of 370 Nm, allowing the Volt to go from 0-100 kph in about 9 seconds, hitting a top speed of 160 kph. The battery can be re-charged by plugging into a household outlet and takes 4 hours to recharge on 240 volts, and about 10-12 hours on a standard 120-volt outlet. The Chevrolet Volt also carries an 84 Bhp 1.4 4-clyinder engine that allows the five-door, FWD sedan to travel additional miles while averaging a fuel-economy of 18 kpl. A fully charged battery and full tank of gas will allow the Volt to travel 610 kilometres. The 2012 Chevrolet Volt gets an EPA estimated 150 kilometres per ’gallon-equivalent’ when driving under electric power only, 13 kpl when in gasoline mode and over the long term it is estimated to get 100 kilometres per gallon in combined gasoline-powered and electric-powered driving. Currently, Chevrolet Volt not on sale in India. 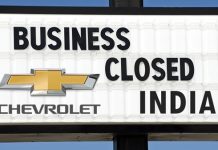 GM to pull-out of India Chevrolet car sales by end of 2017, only export 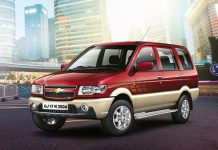 Production of 3 Chevrolet models Tavera, Sail and Enjoy to end by April-2017 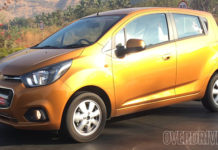