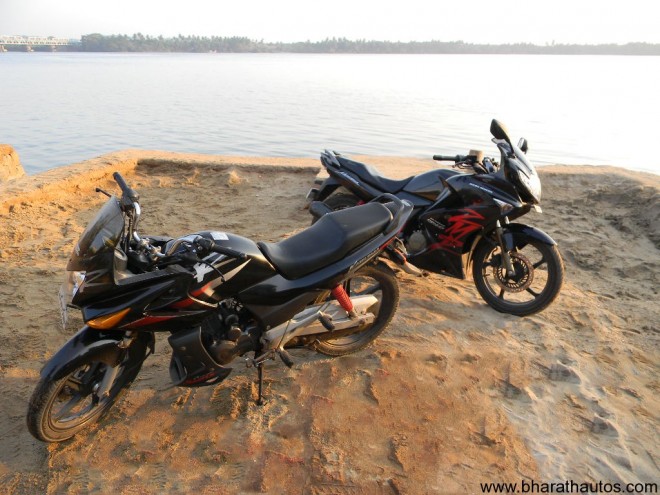 We got a good response for both our article 2011 HH Karizma-R, as well as 2011 HH Karizma-ZMR. Hence bharathautos team decided to have a comparo between both the motorcycles. While there’s been a deluge of new Karizma’s in the last couple of months, choosing one out of the two has become more difficult than ever, what if the same manufacturer offering almost the same engine, quality, style and performance in a slightly different package. Azhar and Affaque help you narrow down the choices.

For a moment, forget the time around 2003-04, when the newly launched Karizma’s sales took off since it was the first and only quarter-faired quarter-litre (well almost) sports motorcycle of India. Fast forward to 2007, when the Indian premium bike segment was heating up with better machinery and the Karizma’s sales still continued to amaze even though the bike itself hadn’t undergone significant upgrades. So why was it selling so well? Well, for one, even my friend’s dog will tell you that the Karizma was undoubtedly one of the best sport tourers in the country with enviable reliability. The Karizma also was ‘THE head-turner’ for our fairing hungry janata. When Hero Honda went on to add a belly pan and the ‘R’ moniker to the 2007 model, the poseur crowd was elated beyond the limit. So when the news started floating of a new Karizma for 2010, we were more than convinced that it would be another HH bike conceived in Adobe Photoshop™ than an engineering facility.

But we were wrong. It was more than just a cosmetic upgrade, and the Photoshop job wasn’t carried out well! When the first scoop shots raised their head on the internet, we were horrified at what we saw. But we would rather blame it to the bad camera angles in the scoop shots; in reality the design looks much better. The bike does look disproportionate, but it depends on what angle you are looking at it from. As the pictures suggest, the ZMR is definitely larger in stance than the good ol’ R. The ZMR’s full fairing is bloated up along its width to gel proportionally with the high stance of the Karizma. But look at the bike from side profile and its looks as saggy as a woman in her late fifties. The Karizma R on the other hand looks more balanced and has sleek lines that highlight a youthful and sporty stance. Even without the inclusion of any LED taillights, the R’s tail still looks one of the best in the country. The ZMR’s tail on the other hand tries to replicate the design of the 2002 VFR800 Interceptor and somewhat fails at it. The taillight LEDs when lit, look like the mouth of a Sucker Fish sucking against aquarium! 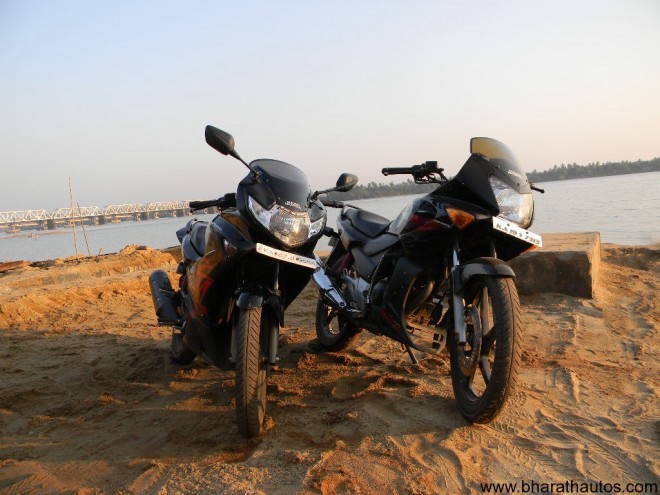 Another VFR rip-off is the set of split grab-rails. With the towering tail of the ZMR, these grab-rails are sure to rip through your pillion’s pants every time they try to board the rear seat. We really think the pillion seat is a tad too high on the ZMR. Speaking of the seat, the ZMR’s saddle looks similar to the R’s but seems to have incorporated a mushier sponge for better comfort. The clip-on handle bars aren’t adjustable but are a tad lower as compared to the ultra high bars on the R, thus making for a better peg-handle-seat equation. However taller riders might find the ZMR’s fairing irksome as it tends to hit the knees under hard braking. A higher tank height and further backwards mounted rear-set foot pegs could have helped. Sit on the ZMR and it even feels bigger than the R, thanks to the fairing and the large console. The new clocks look futuristic and have gone completely digital as far as the read outs are concerned. However, it still continues to derive the speedometer reading from the front wheel unlike the VFR which derives the velocity from math done by the ECU. We guess replicating that bit from VFR would have cost a bomb! The console has some party wear on it too, like the digital welcome note, which lets you input your name and then greets you everytime you switch on and switch off the bike. But since this feature accepts only six characters, Affaque was even more furious now. The Karizma R’s console on the other hand looks quite dated now with the onslaught of the digital consoles on almost every bike including a cheap Bajaj 125cc. 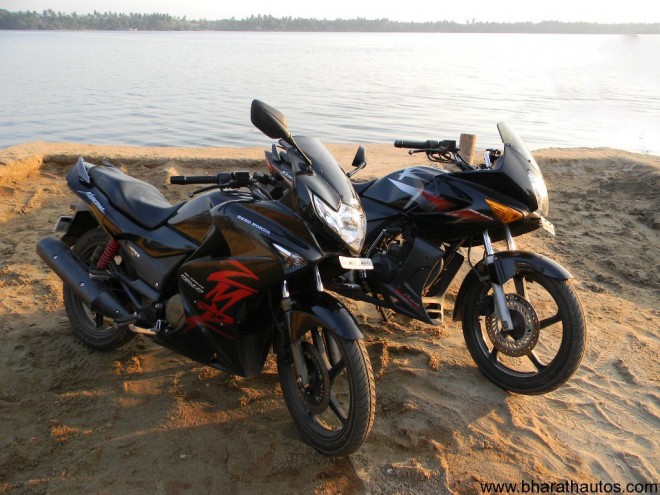 Both the bikes share the same engine. The ZMR however gets fuel injection and oil cooler. Under the ZMR’s flab is the same old heart, displacing 223cc and producing 17PS. What’s changed is the carburetion, which now uses a fuel-injector with Honda’s patented programmable mapping system unlike the carb on the R. Since the fairing hampers the cooling rate of the engine, an oil cooler, much similar to the Pulsar 2xxs has been incorporated. Throughout our testing process, the bike did not show any signs of overheating even in traffic, but since there is no temperature warning light anywhere on the bike it’s difficult to tell on an average day. Apart from this, the engine works exactly the way you expect a Karizma engine to function. In real world conditions, the added weight of the fairing doesn’t make the acceleration or roll-ons feel any sluggish as compared to that of the R. Even with my weight and a heavy pillion, the ZMR and the R pulled equally well. The ZMR however was more comfortable with the gas damped rear suspension which showed reluctance to bottom out whereas the R’s springs gave way.The basic design of the front indicators is same in both the bikes, the tails however are worlds apart. 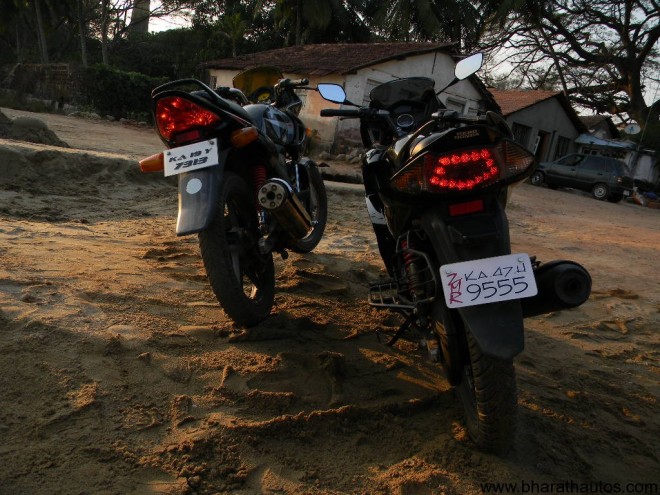 So is the Karizma ZMR worth the extra dough? Let me put it this way – the Karizma’s bread and butter comes from the poseur crowd as I mentioned earlier. Most of these owners have been buying the bike and then donning it with hazardous full fairing kits to make it looks like a ‘superbike’. With the ZMR, these bunches of people are getting exactly what they need, more so with a ‘Tested for QA’ badge! For the hardcore sport tourers, Hero Honda has done justice by giving you fuel injection which should help you scale the Himalayas without running out of breath; a loud yet decent horn and a well spread headlight illumination for grabbing the truck-wala’s attention on the highway; a better suspension to aid handling and finally, tubeless tyres in 18” configuration. So if you look at it, this is THE Karizma you ever wanted. If you have been saving up for a Karizma, this is one ‘kitted’ bike you can buy at a premium. The negative part is that it’s still just an upgrade over the Karizma R, and not a completely new (more powerful?) product you would have expected 6 years after the original Karizma’s inception. 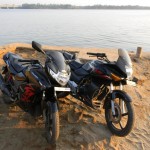 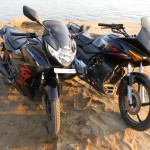 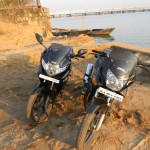 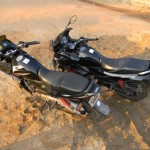 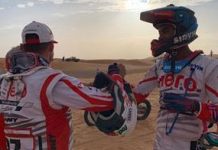 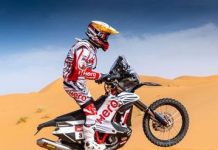