The new generation 2015 Mercedes-Benz C-Class has been launched on the Indian auto market today. Priced at Rs 40.90 lakh (ex-showroom, Delhi), for now available only in fully imported C200 petrol variant (CBU). The diesel C-Class will be launched in March-2015, which is when the assembly operations are set to commence. 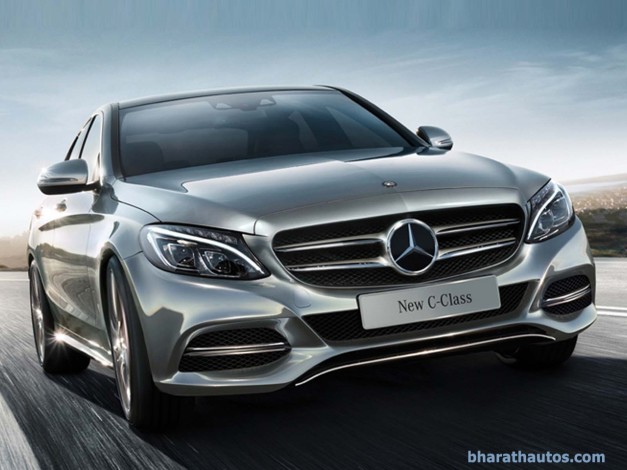 Initially, the 2015 Mercedes-Benz C-Class will be imported into India.

As the company ran out of components for the existing C-Class, they were forced to pre-pone the launch of new C-Class in India by about 3 months. Boasting of impressive design, the new C-Class (also known as baby S-Class) is also the most expensive car in the segment. The high price is mostly due to the car being sold as a CBU, which attracts a much higher duty from the government.

The 2015 C-Class is based on the new MRA (Modular Rear-drive Architecture) and the new model is 100 kg less compared to the outgoing model. Yet, it is now 95mm longer and 40mm wider than its predecessor, whereas its height is reduced by 5mm. The sedan now measures 4686mm in length, 1810mm in width and 1442mm in height. 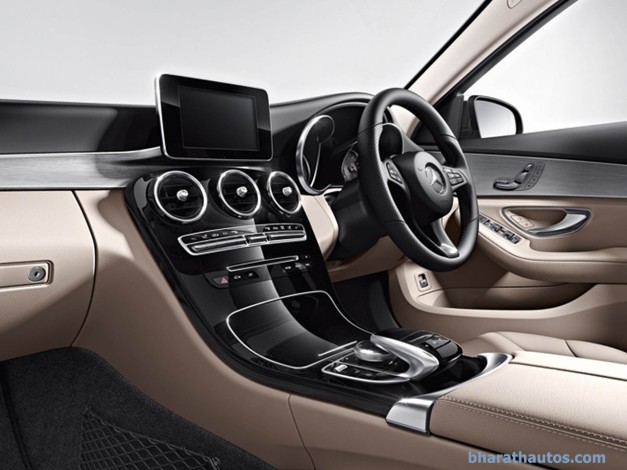 The new C-Class dashboard is completely new and we can see the influence of the S-Class.

In India, Mercedes is offering only the sporty avantgarde grille on the C-Class as the traditional chrome grille is not available but later we can expect it. The full LED tail light cluster features a modern twin-torch-effect design. Also, the rear fog lamp is integrated in the tail light cluster for the first time. The new C-Class looks like a baby S-Class from every angle which is a bonus as the customers in this segment want their vehicles to be premium.

On the inside, the new C-Class is completely new and on the interior too we can see the influence of the S-Class. Standard items in the feature list include a tablet-like screen, climate control, panoramic sunroof, COMAND infotainment system, a 13-speaker Burmester audio system, panoramic sunroof and LED cabin light with three different colors. This infotainment system gets a new interface design and touchpad as standard, including a GARMIN map pilot navigation with 3D-visualisation. 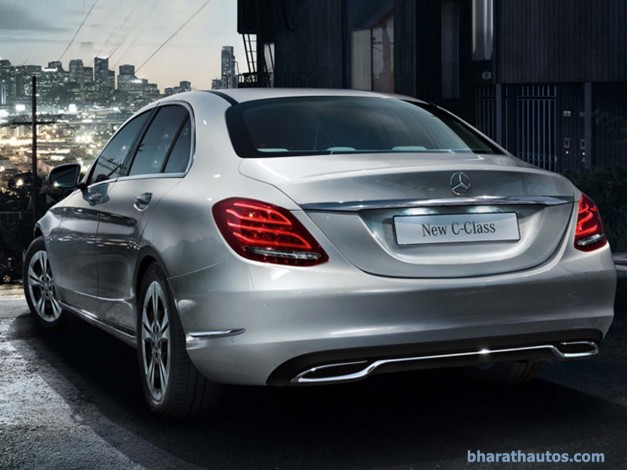 While its rear is a complete imitation of its eldest sibling – the S-Class.

The Indian market gets the 2015 C-Class in a single variant for now, the C200 CGI. It is powered by a 2.0-litre, 4-cylinder engine, rated at 181bhp and 300Nm. The power unit comes mated to a new 7-speed automatic transmission (7G-TRONIC Plus), transferring power to the rear wheels. The company claims an acceleration time from 0-100 kmph in 7.3 seconds, and a fuel efficiency figure of 14.74 kmpl for the C200 variant. 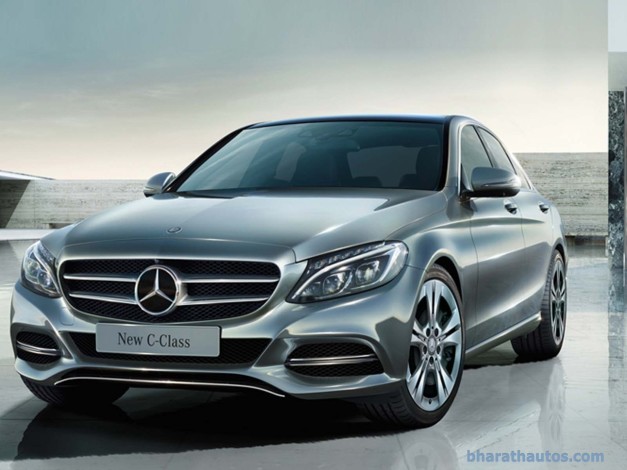 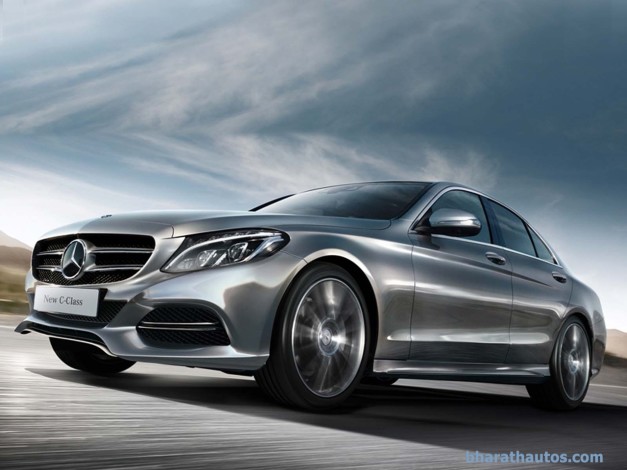