Toyota Corolla Altis facelift after few months of testing had silently launched today. The new Corolla Altis is available in both petrol and diesel variants and is priced between Rs. 10.53 – 14.77 lakhs (ex-showroom, Delhi).The Toyota Corolla Altis facelift gets a revised petrol motor, which is now 1798cc in capacity and features a Dual VVT-i system, which allows two different timing mechanisms for the exhaust and intake valves.. Power of the petrol engine has been bumped to 140PS. The diesel engine remains untouched and is mated to a 6-speed gearbox as earlier. However the petrol Corolla is now available in both 6-speed manual and 7-speed CVTi options.

Exterior has also undergone minor upgrades. Headlights, grille, tail lights and other parts have been slightly modified to make the Corolla more appealing at the outside.  The diesel variant gets new design grill with bar and mesh. The New Corolla Altis is available in array of 7 colors. This makes the new Corolla Altis immense value with the feature rich variants 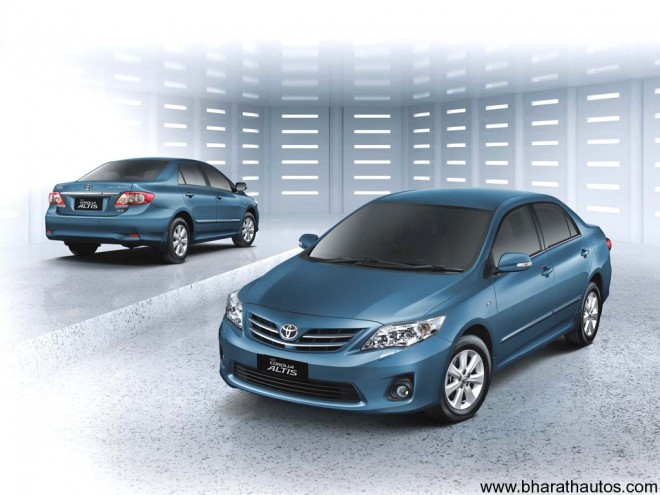 “Since the launch of the first Corolla in India in 2003, we have been getting very good response for the car. So far we have sold 70,000 units of the car across the country,” Toyota Kirloskar Motor Managing Director Hiroshi Nakagawa told reporters here.

ARAI fuel efficiency figures for the petrol and diesel variants are 15.22 kmpl and 21.45 kmpl respectively.

Prices of 2012 Corolla Altis see below the jump. 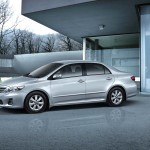 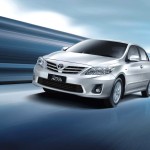 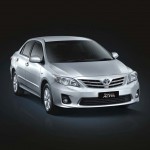 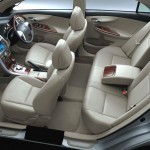