In Jan-2013, we brought you the firstever spy pictures of next-generation Maruti A-Star (known as the Suzuki Alto in international markets) spotted testing in Europe. Now Maruti has started testing the same in India, the next-generation Alto/A-Star (codenamed ‘YL7’) is a completely re-engineered car (completely revamped model) and would also fill in the gap of the soon-to-be discontinued Estilo.

The all-new hatchback will be the 8th generation model of the Alto, since its initial launch 1979. The YL7 could be officially unveiled at the 2014 Auto Expo, which is scheduled to commence in February next-year. The next-gen Alto/YL7 hatchback is also speculated to spawn a compact sedan that could sit under the Maruti Suzuki Dzire, although not officially revealed.

Under the hood, the YL7 hatch is likely to use the same 1.0-litre K-Series 3-cylinder petrol motor with a maximum power output of 68 BHP-90 Nm of torque, and the 5-speed manual/4-speed automatic gearboxes could be carried over. Also rumored to get the in-house developed 800cc turbo diesel engine, that could also find its way onto other Maruti hatchbacks such as the WagonR and the Sting Ray models.

The next-gen Alto/YL7 hatchback is expected to have higher levels of equipment, fuel economy and power. Compared to the current A-Star, the next-gen model is also expected to shave-off about 20 kilograms and would also benefit by additional fuel saving aids such as a start-stop system and brake energy regeneration. 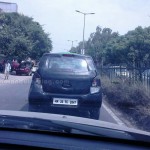 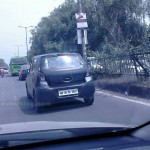 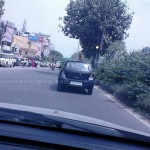 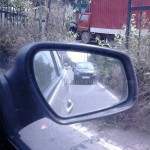