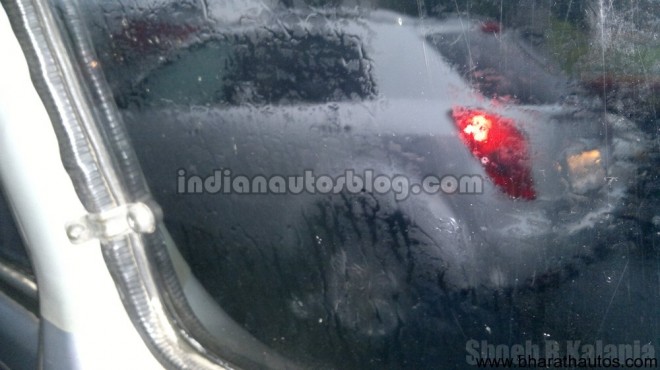 Our friends at IndianAutosBlog have spotted the yet to launch Ssangyong Korando C SUV at Western Express Highway outside Mumbai with MH 02 registration plates (Andheri R.T.O). Despite the torrential rain and bad visibility the SUV’s rear end styling looks fairly resembles the Hyundai Tucson.

The Ssangyong Korando SUV is slated for launch during the first half of 2012. The car that was spotted sported Ssangyong badges but when launched, these could be replaced with the very familiar Mahindra logo. Mahindra & Mahindra acquired Ssangyong Motors of Korea the process of which had started in August 2010.

Mahindra may even introduce a diesel-hybrid version of the Korando C200 on a later date.  The Korando C crossover is to be manufactured near Pune at the Chakan plant. M&M will also launch the Rexton, another SUV from the Ssangyong brand apart from bringing out the SUV codenamed W201, which is being tested at present. 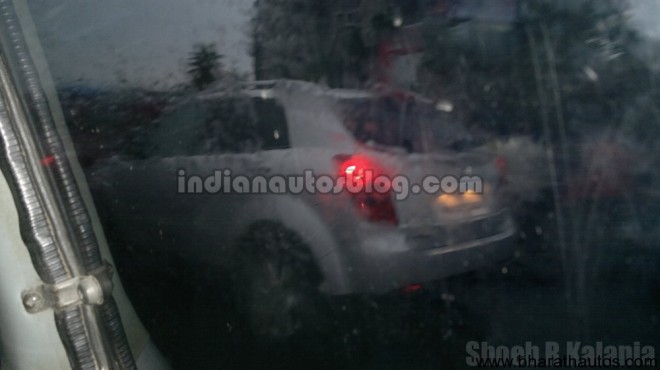 The M&M W201 would use a 2.2 Liter CRDe engine that powers the Mahindra Scorpio SUV but is tweaked to produce more torque and power in the latter. The 3 strong SUV lineup from Mahindra will certainly add a boost to this segment but there’s no formal word when either of these vehicles would be launched.