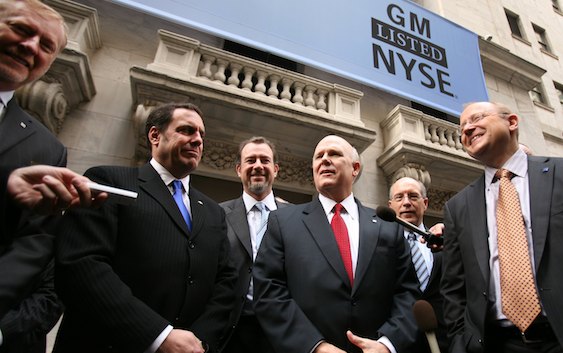 GM could pay a dividend as soon as 2012, according to one analyst from Barclays Capital. The possible dividends could come after the company contributes at least $ 5.5 billion in cash to its US pension fund in each of the next two years. Dividend payouts in 2012 would require exceptional performance on the pension assets so that the program reaches full funding.

Debt reduction and fulfilment of pension obligations are top priorities for CFO Chris Liddell, who sees the two as the means of effectuating spending on vehicle development through downturns.

While GM doesn’t comment on individual analyst’s research, CEO Dan Akerson said in a statement that GM will take meaningful steps to fully fund the pension plan in 2011. As of Dec 31, 2010, the US pension was underfunded by about $ 11.5 billion.